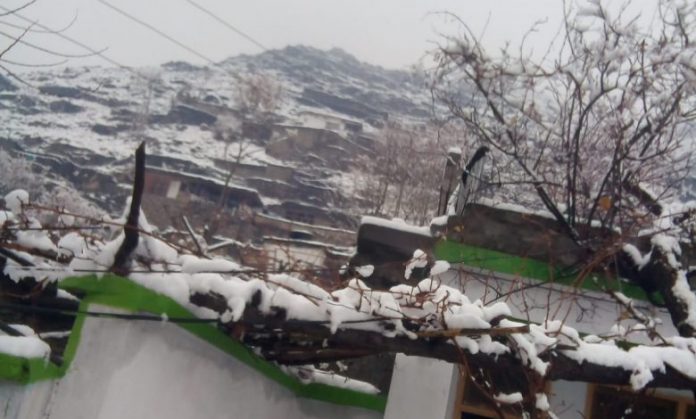 Firewood prices in Lower and Upper Chitral districts have skyrocketed as the heavy snowfall continued to lash most parts of districts for fifth day on Friday.

Heavy rains and snowfall have ended a long dry spell in the district.

Heavy snowfall has also led to the closure of Loweri Tunnel, which connects both the districts with the rest of the country. Though the National Highway Authority has opened the road for light traffic after clearing the snow; however, motorists were facing problems due to snowfall.

Besides snow clearing operation on the road leading to Loweri tunnel was going on round the clock. On the other hand, local administration was not allowing motorists without snow chains to traverse the slippery roads.

Locals said that only four wheelers were allowed to cross the tunnel.

Transport fares and firewood prices have gone up

He said that the transporters have already increased the fares by more than 50 per cent on account fuel price hike.

On the other hand, many of the district roads are closed due to heavy snowfall, which has resulted into lesser attendance in offices.

Besides, numbers of winter tourists who had managed to enter the district before the snowfall are enjoying the weather.

Locals said that people have recently started taking interest in the winter tourism. However, they said that construction of proper roads in Kalash valleys will lead to an increase in number of visitors.

On the other hand, local people are complaining about the higher prices of the firewood in the aftermath of snowfall.

They said that price of maunds of firewood has gone up to Rs 700 while electricity supply was erratic due to the snowfall. In addition to this, locals are facing problems with internet connections. The locals also fear market will also likely run short of LGP supply.