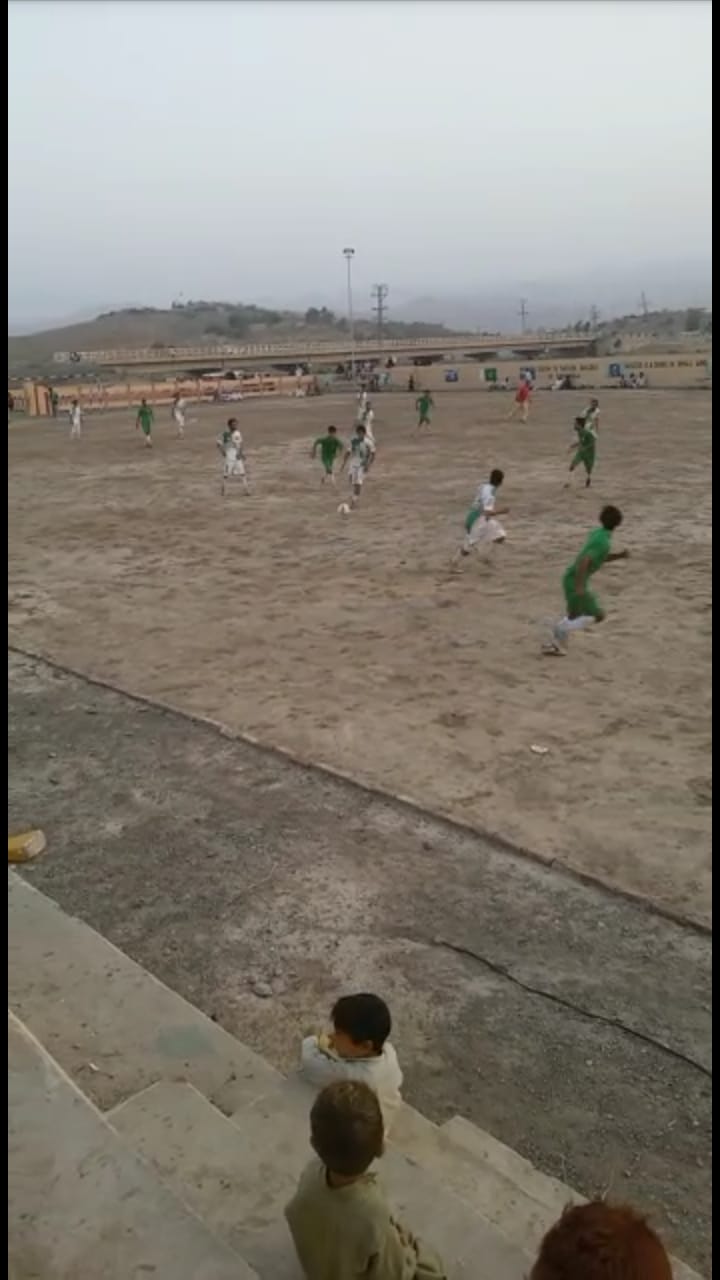 MIRAN SHAH: The first football match played between Khan Club and Chashma Green resulted in a tie as the first-ever football tournament was organised here after peace in the war-torn North Waziristan.

Holding of a football tournament shows an end of militancy and return of peace to the area that aimed at to give a positive message to the world.

All matches of the tournament will be held in Darpakhel Football Ground where around eight teams would participate in it.

Haji Haroon, uncle of newly elected MNA from the area Mohsin Dawar, was the chief guest on the occasion.

Peace has been returned to the area after several years of military operation against terrorists. Thousands of families were displaced and forced to take shelter in camps.