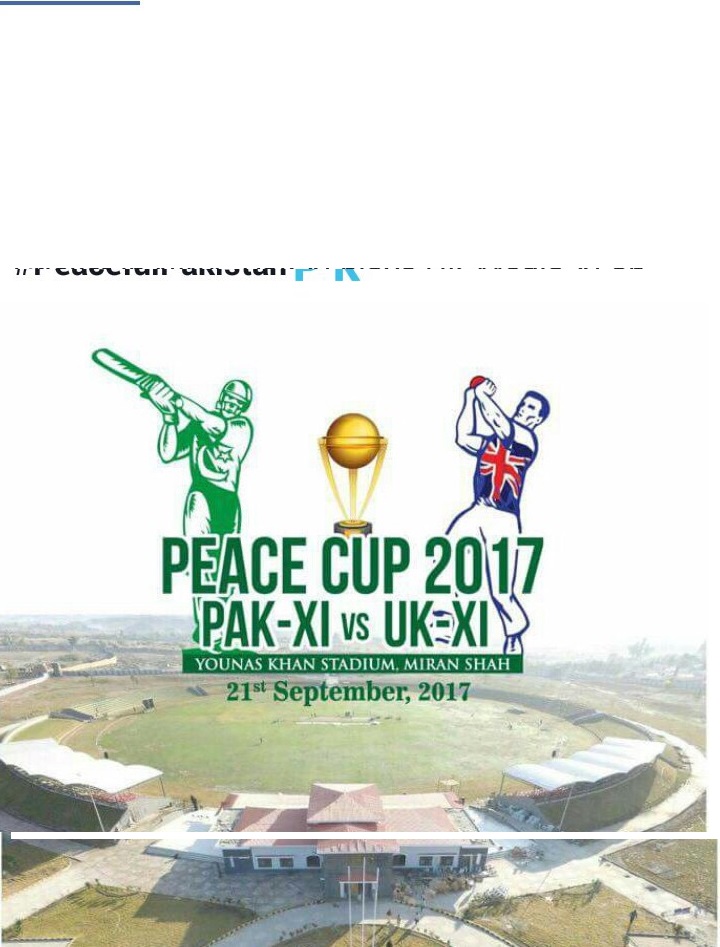 The match will be played at Younis Khan Stadium today (Thursday) which would be the first ever international match in Fata’s history.

Peace has been restored after concluding Zarb-e-Azb military operation against terrorists throughout the tribal areas. It merits a mention here that an international match could not be organized since last several years due to law and order.

Thousands of spectators from across the tribal areas as well as from Khyber Pakhtunkhwa are likely to watch the match. It would be a message to the world that peace has been restored to tribal areas and people are living in a peaceful environment.