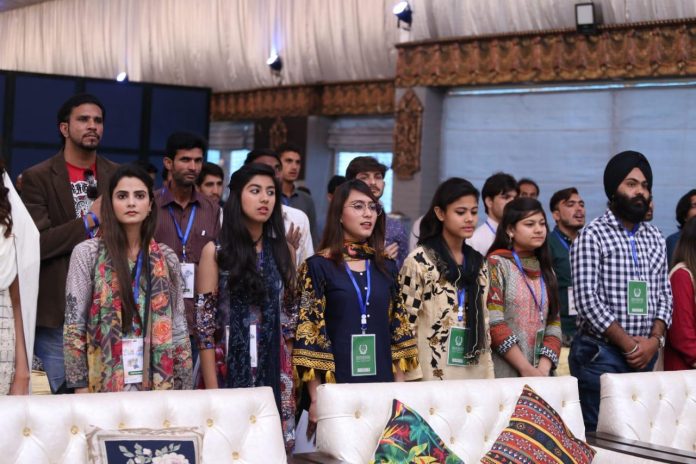 PESHAWAR: Over 300 students from across the country showed up at the three-day conference organised by Department of Auqaf, Hajj, Religious & Minority Affairs Khyber Pakhtunkhwa here at a local Hall.

The purpose of the conference is to promote interfaith harmony and initiate dialogue on diversity and to bring together people from different faiths under one roof. Secretary of Auqaf, Hajj, Religious and Minority Affairs Khyber Pakhtunkhwa Hassan Mehmood Yousafzai welcomed the participants and showed contentment and joy.

He said that awareness of tolerance and acceptance is need of time and this platform has been given to minority and Muslim youth where they can share one table and find a way forward to promote peace and religious tolerance. Religious Scholar Maqsood Ahmed Salfi appreciated the youth for coming from across the country and called for stepped up efforts to promote interfaith harmony.

He also stressed them that the most important factor of a human is to be a good human and then the world will become a peaceful place. Advocate Ali Gohar briefed the students about minority rights in the constitution of Pakistan and the role of majority and state.

Dr Qibla Ayaz, Chairman Council of Islamic Ideology spoke about safeguarding minority rights under the constitution and the role of the Council of Islamic Ideology. He said that Muslims are killed in New Zealand and Christians are killed in Sri Lanka only to create misunderstandings against other religions but we have to be vigilant and act with tolerance. These bad elements are using the name of religion but they have no religion.

“Interfaith harmony is crucial for peace and development of society,” he said.

Sohini Jana, Peace Activist, International Fellow of KAICIID for South & South East Asia Region briefed the youth through an Online Session on “Walking Together: The Importance of Interfaith Dialogue as a Path to Understanding”

“Interfaith harmony is all about the notion of living and lets others live their lives and that is the need of time,” she said. In this regard, a Hindu girl from Quetta Rajeshwari said that she Witnessed a historic event where she and her cousin had a chance to connect with people from different faiths.

A motivational speaker from Quetta Zayedan Khan shed light on the positive aspects of life, he encouraged the youth to be optimistic and take risks. He entertained the youth by offering hands-on activities.