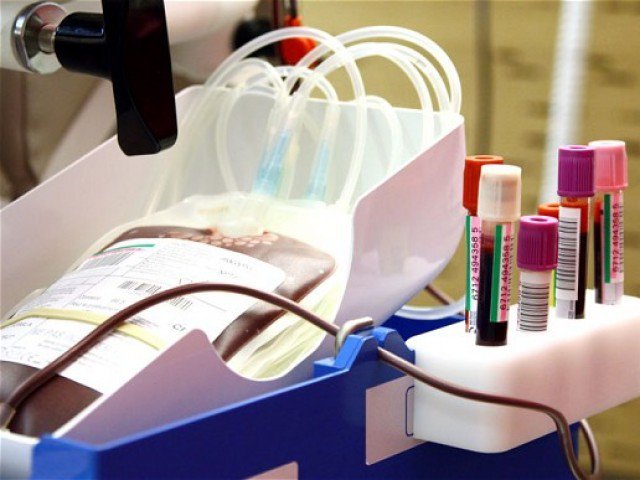 PESHAWAR, 27 August: The first ever safe blood transfusion center of the province “Regional Blood Center” (RBC) has started functioning in Hayatabad Peshawar. This newly established state of the art blood transfusion center has been set up under the Safe Blood Transfusion Project- a joint venture of the Federal Republic of Germany and the government of Khyber Pakhtunkhwa with a total cost of Rs. 190 millions.

This was revealed in a briefing given to media persons here at RBC here on Saturday.  Provincial secretary health Muhammad Abid Majeed and other concerned high ups of health department were also present on the occasion.  In his briefing to the media persons Project Director, Safe Blood Transfusion Project KP, Prof. Dr. Muhammad Tahir Khan told that the RBC was equipped with modern, sophisticated and fully computerized medical equipment as well as well trained and qualified staff to ensure the safe transfusion of blood as per the international standards.

Regarding blood collection in RBC it was told that blood is collected from voluntary blood donors at the Centre as well as Blood Camps arranged by excellent Donor Motivation and Recruitment team of RBC in Educational Institutions, madaris and other public places. It is screened for Hepatitis B, C, AIDS, Syphilis and malaria.

From one Blood bag three blood products are separated and then supplied to the blood banks of the six attached Hospitals in Peshawar region, namely Leady Reading Hospital, Khyber Teaching Hospital, Hayatabad Medical Complex, Institute of Kidney Disease Peshawar, Maternity hospital Nishtarabad and Naseer ullah Baber Hospital Kohat Road Peshawar. This blood is then issued to patients on “NO DONOR BASIS “that is without asking patient to arrange and bring blood donor.

“The RBC is now fully functional and is regularly providing blood and its products to attached Hospitals Blood Banks” it was further told.  Dr. Muhammad Tahir Khan informed that RBC had a capacity of catering for 50000 blood bags annually in one shift.

Since it prepares three products from one bag so it become 150000 bags. if this RBC is fully operationalized in three shifts i.e. morning, evening and night, the capacity of this center can be increased three times which is more than the needs of Peshawar.

It was also revealed that after the successful completion of RBC Peshawar, the provincial government has signed another agreement with government of Germany for Phase 2 in which three more such RBCs will be established one each at Abbottabad, D. I. Khan and Swat with the aim to extend the services of safe blood transfusion to the entire province.