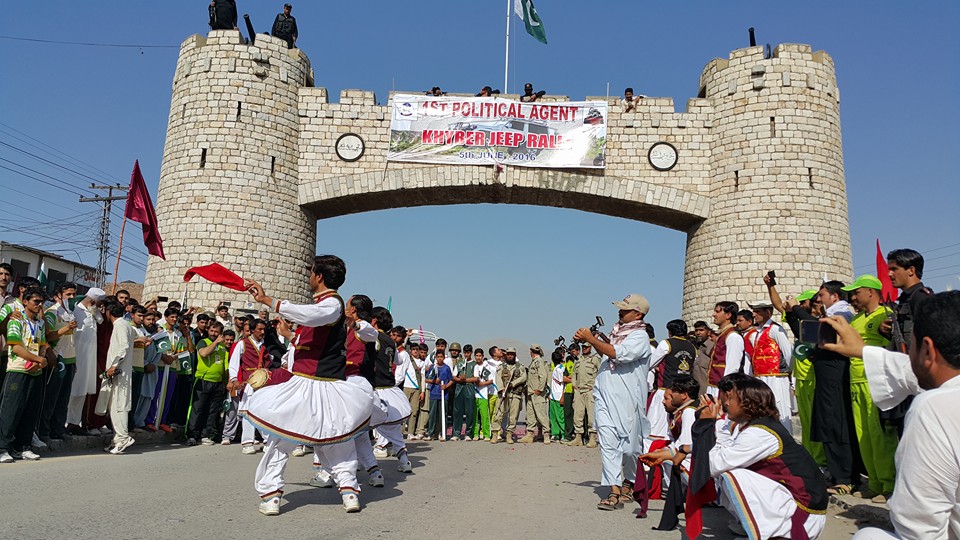 JAMRUD, 05 June: The political administration of the Khyber Agency has organized the first-ever jeep rally in the history of Fata in which as many as 80 drivers including female are participating from all over the country.

The first phase of the rally started from Torkham near the Pak-Afghan border on early Sunday morning and it finished at the historic Bab-e-Khyber.

Political agent Khyber Khalid Mehmood and officers of the Khyber Rifles (Frontier Corps) were present at the inaugural ceremony. Large number of people were present on this occasion. The audience was entertained with Khattak dance. Besides, thousands of spectators turned out to welcome the participants of the rally at different points of the Pak-Afghan highway.

In the second phase, the drivers will take start from Shah Kas and finish at Bara. The winner of the rally will be awarded cash prize of Rs200,000.

According to the political agent the jeep rally has been organized to mark the establishment of peace in the agency.