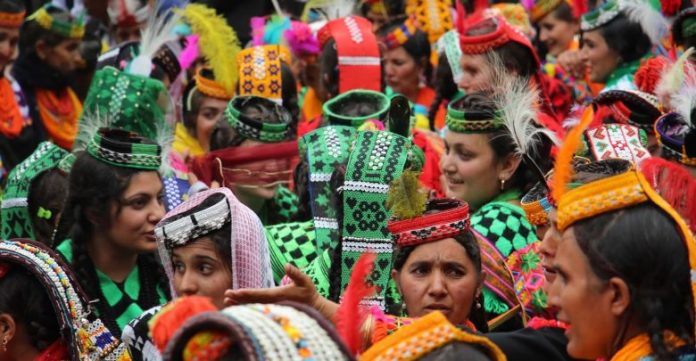 Sajna Bibi, a female from the Kalash minority of Chitral district has secured admission in the Khyber Medical College.

Miss Bibi, daughter of Walmoch Khan, a resident of Bumboret valley is the first female in Kalash community’s history to study medicine.

“I am the first women in the Kalash community to enter medical college,” she told TNN.

She said that there was no female doctor in her community.

Ms Bibi studied at a primary school of her native Bumboret valley.

She said that due to the absence of a girls’ school, both the Muslim and Kaslash girls of the valley are forced to study with boys.

On the other hand, the valley had only a high school. Ms Bibi said that only well-off people can afford to send their children to Chitral town after materic, while the rest have to abandon their studies.

She said that though there was a male doctor among Kalash community; however, the females were facing great problems due to the absence of a female doctor.

“Bumboret women have to go to Chitral town for childbirth and many of them die on the way on the bumpy road before any medical help,” she said.

“I want to be first foreign qualified specialist doctor of Kalash community,” she added.