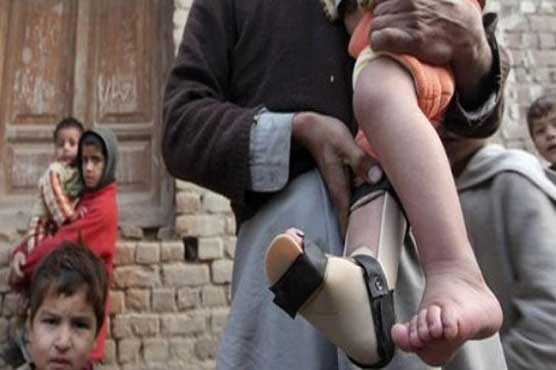 KHAR: The first polio case of 2019 has surfaced in Bajaur tribal district after which the toll during the last three months has reached seven.

District Surgeon says polio case has been confirmed in 11-month-old Javed, son of Rehmanullah, who lives in Inayat Killi area of Bajaur tribal district. This is termed the first polio case of 2019. The district surgeon says seven polio cases have emerged in Bajaur during the last 14 months.

Few days ago seven officials of the anti-polio immunisation campaign in Bajaur were removed from their posts over charges of negligence which resulted into emergence of three cases in the tribal district. Investigations proved that polio cases emerged in Bajaur due to refusal of several parents to administer polio drops to their children. Babar bin Atta visited Bajaur tribal district and announced to remove seven officials of the Polio Eradication Initiative (PEI) from their jobs due to negligence and hiding the refusal cases by parents.

Deputy Commissioner Muhammad Usman Mehsud clarified that there was not any ‘no go area’ in Bajaur. He said the district administration is fully cooperating with the Health Department in carrying out the immunisation campaigns. He said the Levies and Khassadar personnel along with the Pakistan Army soldiers are also performing a tremendous role in making the immunisation campaign successful.

The deputy commissioner vowed to take strict action against parents who refused to administer polio vaccine to their children. He said the main reason behind the spread of poliovirus in Bajaur is the influx of people from Afghanistan. He said the Pakistan Army personnel are working day and night to fence the Pak-Afghan border to regularise the movement of people across the border.

In 2014, WHO made it mandatory for all people traveling from Pakistan to carry a polio vaccination certificate. The same year, 306 polio cases were reported in Pakistan, while in 2018, the number has been brought down to nine cases, which is a marked improvement.