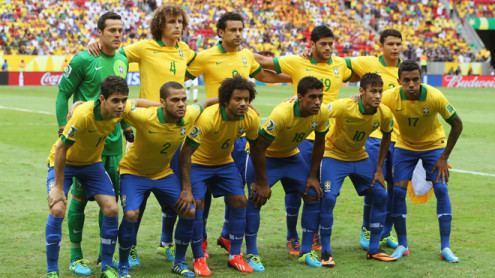 PESHAWAR, July 8: First Semifinal of football World Cup will be played in Brazil between the host Brazil and Germany teams today.

Football experts say the Brazil team qualified for semifinal after 12 years but that the Brazil team may face difficulties in the match due to the injuries of their player Neymar and imposition of ban on their captain Thiago Silwa.

In quarterfinal matches, Germany beat France and Brazil beat Columbia. Second semifinal of the tournament will be played between Netherlands and Argentina tomorrow.