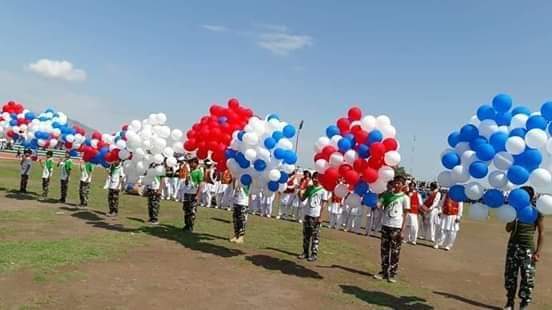 The inauguration ceremony was attended by huge number of tribal elders, youth and sports players from all the seven tribal districts.

According to the sports officials over 3,000 male and female players from the seven newly merged districts are participating in 35 different games. There are also four female sports teams participating in the festival. The sports events will be arranged at all the seven tribal districts.

According to government officials, aim behind the event is to involve tribal youth in healthy activities and provide them opportunities at par with the youth of other parts of the country. During the inauguration ceremony, Pakhtuns’ cultural dances, especially Khattaks, Mehsud and Betani were performed and enthralled all those present in the stadium.

On this occasion Atif said in his speech that, Pakistan Tehrik-e- Insaf (PTI) government is committed for development of sports in the country. “We are trying our best to provide every single facility to our players, whether they are playing on national or international level,” Atif Khan said.

All the games are being organized in seven different districts in order to provide ample opportunities to the players of merger tribal districts.