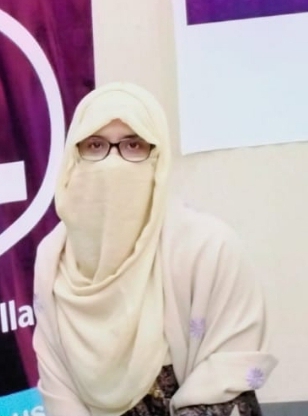 PESHAWAR: Mehreen Khalid, the first woman journalist from Bannu district of Khyber Pakhtunkhwa, is doing his part to break the barriers and stereotypes of a conservative set up around her.

Women in Pakistan in general, and in less developed areas in particular, face several problems at their workplace and domestic life. Domestic violence, forced marriages and harassment of women happen regularly, and these issues impede the progress of women towards inclusion in the national mainstream. Women had to struggle a lot to get access to facilities, jobs, transport etc. However, things have started changing now and women are now making name for them even in those sectors which are dominated by men.

Mehreen Khalid has decided to take on the difficult challenge of joining the field of journalism. She is well aware of the fact that her journey in the field would not be easy and she will have to face many obstacles at home, society and workplace. Mehreen is a journalism student at Gomal University Dera Ismail Khan and working as a voice over artist and reporter in a local digital media organisation.

Mehreen lives in a family where women are told to stay inside home and look after children and household jobs. However, she has decided to become a journalist while breaking social barriers. She said while talking to TNN that journalism is a challenging job particularly for a woman. She said no girl from her city was even allowed to go to college or university, but she has managed to move this far and she is determined to make her name as a mainstream journalist. She said she chose journalism because it is the best way to become the voice of the voiceless.

Mehreen said although she was considered to be a ‘threat’ for other girls by people in her area with conservative mindset, but there are many others who appreciated her. She explained that her detractors believe that she would inspire other girls to go to college and university and then seek a job.

Inside her family, Mehreen said her father always stood by her and encouraged her to follow her dreams. She said her father was pressurised by some relatives to not allow his daughter to become a journalist, but he never listened to them, and continues to support her.