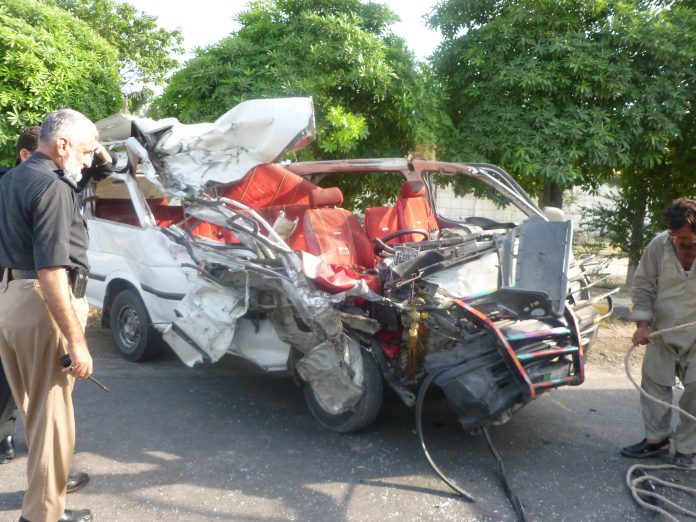 NOWSHERA, August 28: Five people, including two army soldiers and a woman, have died while nine others were injured in a traffic accident in Nowshera district.

The police say a passenger coach travelling from Abbottabad to Peshawar collided with a truck on Mall Road.

TNN correspondent says the injured also include five army personnel who were taken to Combined Military Hospital in the area.

The other victims were taken to the Lady Reading Hospital in Peshawar. The truck driver was arrested from the spot.