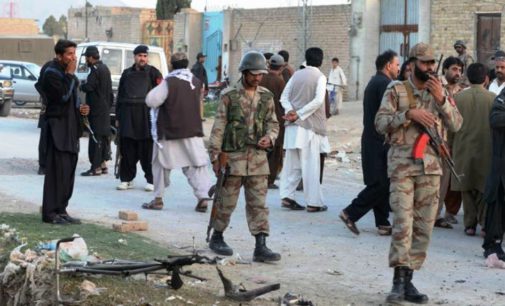 PESHAWAR: Five Frontier Corps (FC) personnel were injured in a suicide attack on their vehicle in Quetta on Monday night.

Police said the FC vehicle was on routine patrol on Baleli Road in then which a suicide bomber blew himself up near it. Five FC personnel were injured in the blast, while the vehicle was also completely damaged. The injured personnel were taken to Combined Military Hospital (CMH) Quetta.

The security forces cordoned off the area after the blast and launched a search operation. However, there were no reports of any arrest.

The Civil Defence Director Aslam Tareen said eight to 10 kilograms explosive material was used in the suicide vest. The bomber was about 20 years old.