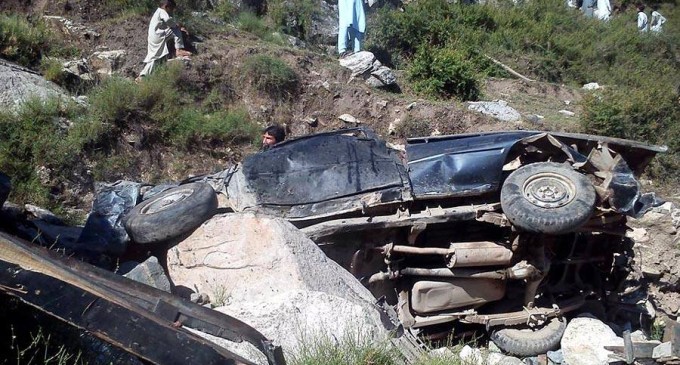 NOWSHERA, 31 October:  Five passengers including a woman were killed  while 12 others  injured  when a speeding van collided head on with a truck on Grand Trunk Road in Attock district of Punjab late at night.

According to local police, the driver of passenger van heading from Peshawar to Rawalpindi lost control of the vehicle due to mechanical fault and rammed it into a Peshawar bound truck loaded with cement bags neat Attock toll plaza.

As a result five passengers including a woman were killed while twelve others sustained injures. The injured were shifted to a local hospital where nine of them  are stated be in critical condition.