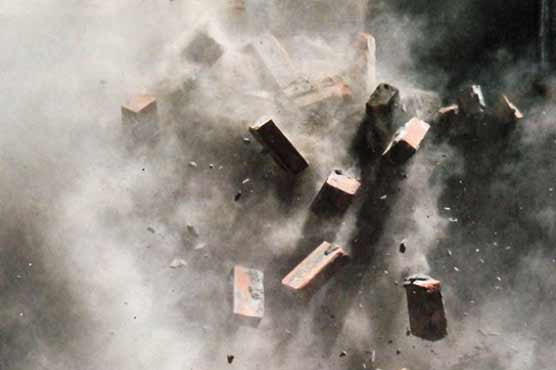 KURRAM: Five persons were killed and two others sustained injuries in three separate roof collapse incidents in Kurram after the daylong heavy rains in the district on Monday.

in the first incident, four persons were killed while another injured in Marghy Cheena area of the district. The district administration said that those died include a couple and their daughter. The injured were given first aid and shifted to District Headquarter Sadda where his condition is stated to be out of danger.

A large number of local people rushed to site for the rescue however, they could not manage to rescue the family from under the rubble.

In another incident reported from Baghki area of the Upper Kurram, where one person was killed when the road of this house collapsed due to rain, said the district administration to the media.

The official added that another incident happened in Zerran area where also the roof collapsed injured a person who was shifted to the hospital in critical conditions. The district administration also confirmed the accident and said that mostly mud houses caved in due to heavy rains.

PESHAWAR: Asim Khan, District Nazim Peshawar, emphasized on the role of Municipality in facilitating economic development of Peshawar. He was talking to a delegation of UN-Habitat and PRIME Institute, led by Mr. Laxman Perara, an UN official. Mr. Zia Banday, Joint Executive Director of PRIME, gave a presentation on setting up an Economic Development Unit (EDU) for the Municipality of Peshawar.

He highlighted the domestic and foreign outreach of the local economy of Peshawar, which has a proud history of 2,500 years of existence. Seeped in its trading heritage, Peshawar has the potential to expand its processing footprint linked with its base of natural resources. Official city population of Peshawar is around 2-million, whereas the district holds a populace of over 4.2 million. The metro economy of Peshawar valley, which also covers other districts such as Charsadda, Nowshera, Mardan and Swabi with a population 11 million.

Mr Banday informed City District Nazim about the signing of an MoU by UN-Habitat along with Metropolitan Corporation Islamabad, Islamabad Chamber of Commerce and PRIME Institute on the setting up of Islamabad-based EDU. UN-Habitat desires to sign such MoUs for 10 largest cities of Pakistan.

Mr Faiz Mohammed, President Sarhad Chamber of Commerce, was also present on the occasion. Mr Asim Khan, District Nazim, has consented to sign the MoU on EDU for undertaking sustainable economic development of Peshawar in collaboration with UN-Habitat. He also showed his interest in exploring more partnership areas with UN agency, such as risk management and municipal capacity building.