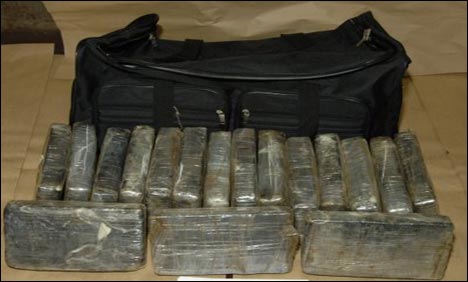 LANDIKOTAL, 9 October: The security forces in Khyber Agency on Monday foiled an attempt to smuggle narcotics and arrested five Levies officials for allegedly smuggling hashish outside the agency.

Officials at the political administration said that the Levies personnel were smuggling around 25 kilogram high quality hashish in car out of Tirah valley.

They said that they were stopped at a checkpoint near Mehruban village and during search the narcotics were recovered from secret cavities of the car.

The Levies personnel also exchanged harsh words with the security forces after they were shifted to an undisclosed location.

Three of the personnel were identified as Shakir, Zahid and Naseem while two could not be identified.