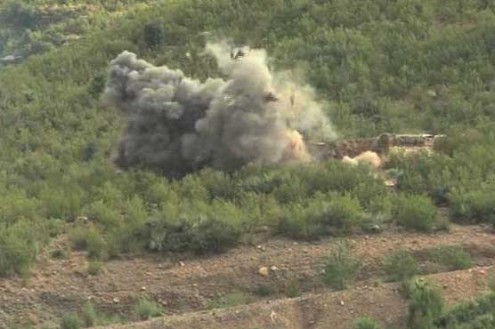 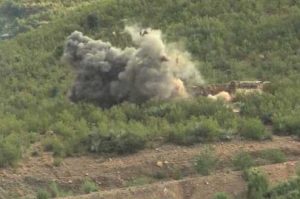 A statement from the Inter-Services Public Relations (ISPR) says air strikes were launched on militant positions after the troops were fired at from Miramshah town and Boya village.

It said five militant hideouts, caves and a huge cache of ammunition were also destroyed in the air strikes.

Meanwhile, one soldier died when an improvised explosive device (IED) went off during a clearance operation in the wee hours. The Pakistan Army has claimed that they have cleared 40 percent area of Miranshah during the ongoing operation Zarb-e-Azb.