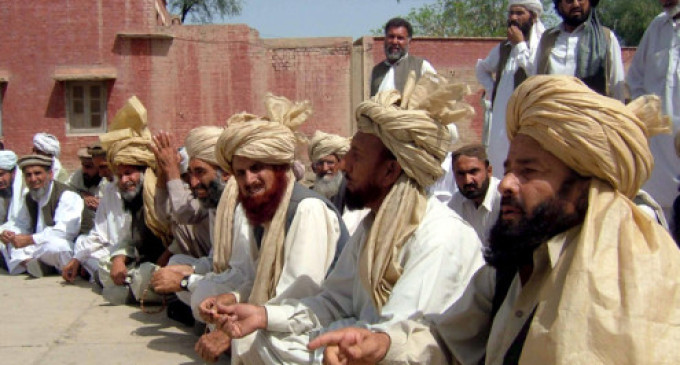 MIRANSHAH: Five more prisoners of North Waziristan were handed over to the elders of Utmanzai Wazir tribe by the civil and military officials at a Jirga on Saturday.

The Jirga was held in Miranshah, headquarters of North Waziristan, in which General Officer Commanding (GOC) Major General Mumtaz Hussain, Deputy Commissioner Abdul Nasir and about a hundred elders of Utmanzai Wazir tribe participated. On the occasion, five prisoners were released and handed over to the Jirga elders.

Major General Mumtaz Hussain said in his address to the Jirga that unity was needed to ensure speedy development and prosperity of North Waziristan. He said the real success comes with winning the hearts. He said the Pakistan Army will continue to serve the area and contribute to its development.

The elders thanked the civil and military leaders over the release of the prisoners. They vowed to continue to play their role in peace and development of the region. They also assured to fully cooperate with the administration and security forces in maintaining peaceful environment.

A rocket was fired on a security check post near the Angoor Adda border with Afghanistan on Sunday.

Militants were driven out from South Waziristan in a military operation, but they still have presence in some areas and launch such attacks. Often militants based in Afghanistan also launch such attacks on Pakistani check posts. However, such attacks have considerably reduced after installation of fence on the border by the Pakistani security forces.