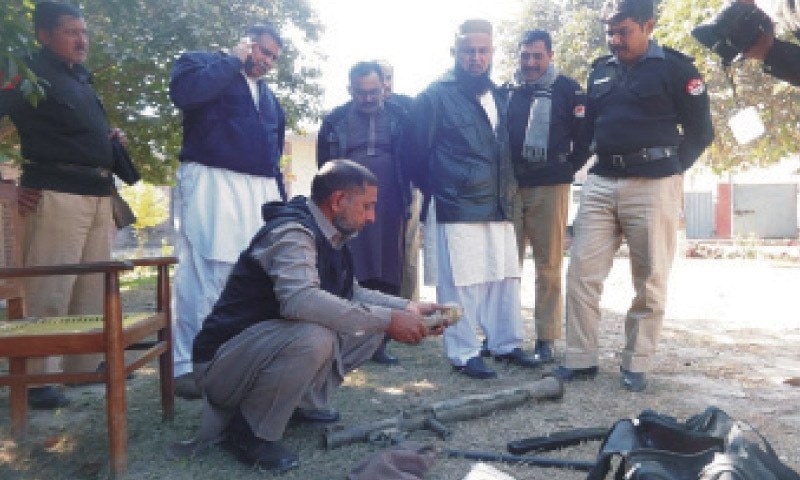 MARDAN, 10 December: Five shells of mortar were recovered during excavation of a house here on Saturday, police said.

According to police, laborers were busy in excavation of a house in Karkoori Walay village located on Charsadda road when they found five mortar shells dumped in the ground by unknown persons.

The laborers and the owner of the under construction house informed police, who took the shells in their custody.

Police later launched a search operation in the adjoining areas and arrested a few suspected persons.