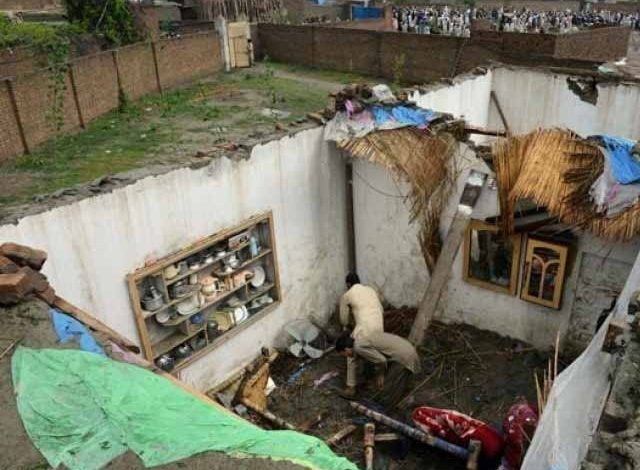 Five members of family were killed and two others were injured when the roof of their house collapsed in Tehkal area on Wednesday morning.

Rescuers pulled out them from beneath the debris and shifted them to the Khyber Teaching Hospital, where doctors declared five of them dead.

Two of them sustained injuries. A mother and her two daughters were among the dead.

Khyber Pakhtunkhwa Chief Minister Mahmood Khan expressed his condolences over the deaths in the roof collapse incident. Rescuers said that house was badly battered in the recent rains.

Several incidents of roof collapse were reported in last week rains. In one such incident, five members of family were killed in Dog Darra area of Upper Dir.