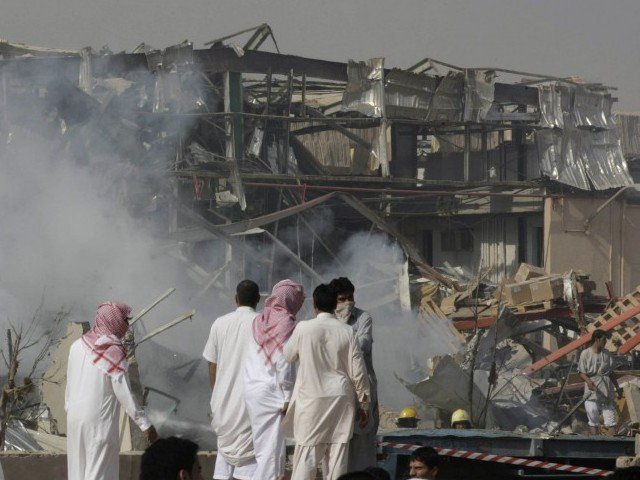 PESHAWAR, 3 May: Five Pakistani nationals died when fire erupted in a flat in Saudi Arabia yesterday.

According to media reports, the fire broke out due to electricity short circuit in Al-Nadheem area of Riyadh, the capital of Saudi Arabia. The Pakistani nationals lost their lives due to accumulation of poisonous gas in the flat.

Prime Minister Nawaz Sharif has expressed grief and sorrow over the death of Pakistani nationals in Saudi Arabia. He directed the Pakistani embassy in Riyadh to make arrangements for bringing the bodies to Pakistan.

Mr Sharif also asked the embassy to look after the needs of those evacuated from the building.