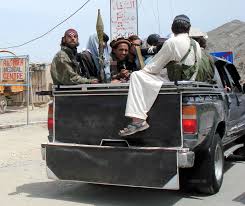 The officials of local administration confirmed that a group of TI volunteers were heading to their hometown Bazaar from Tirah Valley in a vehicle  when unknown gunmen opened fire on them.

Five of them were killed on the spot while one sustained injuries in the firing. The injured person was shifted to Landi Kotal hospital.

Apart from internal rifts in TI, the group is also rival to Tehrik-e-Taliban Pakistan and Lashkar-e-Islam for years. However no group has claimed responsibility for the attack as yet.