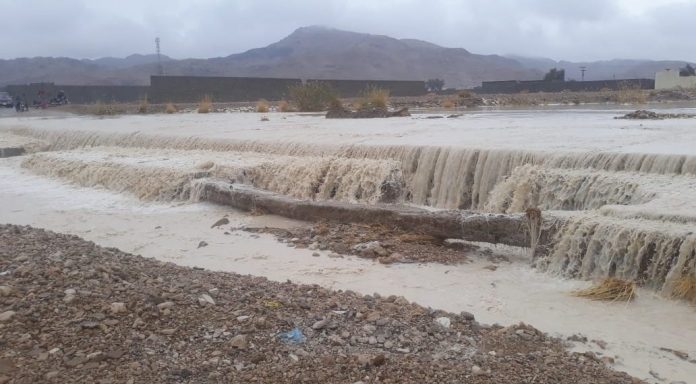 PISHIN: Four people of a family lost their lives as they were washed away in flash flood in Pishin district of Balochistan on Saturday.

Levies sources said that 65-year-old Abdul Manan along with his nephew’s son Khubaib (8) and two grandsons, five-year-old Marwan and four-year-old Sufian was going home in his vehicle when he came across a stream which was flooded due to heavy rain. He disembarked from the vehicle along with the children and tried to cross the stream on his own feet. However, all of them were washed away while they were crossing the stream.

The rescue teams and law enforcement agencies personnel reached the spot immediately and recovered the four bodies after hectic efforts.

Local sources said a woman was also present at the site of the tragic incident. The woman fainted after seeing the fate of the elderly man and little children. She was taken to a local hospital for treatment.

The tragic incident in Pishin happened a day after eight wedding guests, including six women and two children, lost their lives and eight others went missing after their vehicle was swept away by flash flood after heavy rain in South Waziristan tribal district.

The vehicle driver was trying to cross a flooded stream when the vehicle was washed away.

Three people died and three others sustained injuries in three separate accidents in Nowshera on Saturday.

The first accident happened in Pabbi where a 55-year-old woman died after she was hit by a train. A 50-year-old labourer was also hit by a train in Amangarh due to which he sustained serious injuries. He was taken to the District Headquarters Hospital and then to Lady Reading Hospital Peshawar, where he succumbed to his injuries.

Police said another accident happened in Risalpur near Army Gate No.3 where a chingchi rickshaw collided with a motorcycle. A 43-year-old woman died in the accident, while three others, including two children were injured. The injured were shifted to Combined Military Hospital (CMH) Nowshera. Police said no case was registered about the incident as both the parties have entered patch-up. Sources said the accident happened due to over-speeding.

Two children were injured when they were hit by a vehicle in Shahkas area of Khyber tribal district. Local sources said the children were trying to catch a kite when the accident happened.