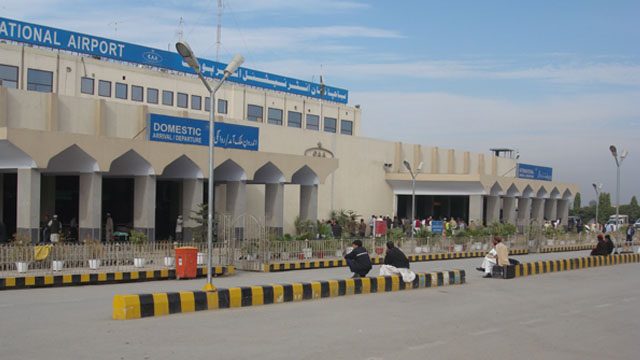 PESHAWAR: Pakistan has cancelled flight operations in various cities amid the ongoing tension with India and security in the Pakistan Railways has also been put on high alert.

The Civil Aviation Authority (CAA) says flight operations in Peshawar, Rawalpindi, Sialkot, Faisalabad, Lahore and Multan have been suspended and domestic and foreign flights have been stopped.

Officials at Peshawar Airport said the flight operation has been suspended on the orders of the CAA. Sources said the airport will now be used for military purposes. The staff of the airport has been directed to plan accordingly after stoppage of commercial flights.

Sources said the security of Pakistan Railways has also been put on high alert amid the ongoing escalation with India. After Indian violation of Pakistani air space and dropping of bombs inside Pakistan on Tuesday and retaliation by Pakistan Air Force on Wednesday, the war planes of both the countries are hovering over the border areas and the situation is very tense.

Latest reports showed that Pakistan has brought down two fighter jets of India and India have also suspended its passenger flights.

The Pakistan Tehreek-e-Insaf (PTI) government in Khyber Pakhtunkhwa has already directed all the hospitals in the province to stay on high alert amid the war situation.

The KP Healthcare Commission has issued a communique to all the government and private hospitals of the province to arrange 25 percent beds and 25 percent ambulances for the national cause in the event of a war. Sources said 90 Category C and D hospitals and eight major private hospitals after receiving the communique have started emergency preparations to be prepared for any situation. The sources said the hospitals in KP have been asked to take emergency measures after the meeting of the National Security Committee.

Major hospitals in other parts of the country, particularly near the border areas with India, have also been put on alert amid the uncertain situation. India has already killed six innocent civilians across the Line of Control in Azad Kashmir in indiscriminate firing and shelling. The victims include three members of a family. The hospitals have been put on alert as Pakistani officials believe that India may commit more such acts in frustration.