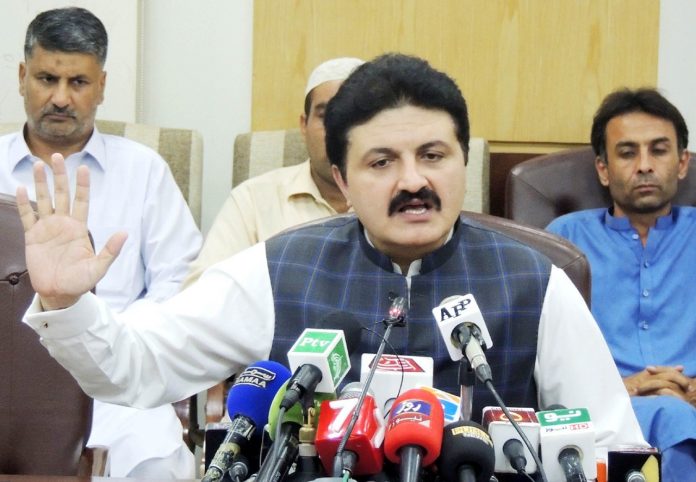 Wazir was addressing a press conference at Cabinet room of civil secretariat Peshawar on Monday. He said that India is being isolated internationally due to its brutal and inhumane actions in Occupied Kashmir.

The National Disaster Management Authority (NDMA) India has released up to 0.2 million cusecs of water into the River Sutlej without notifying the relevant authorities. NDMA added that India has opened three out of five spillways of Ladakh Dam, which may lead to flooding in the nearby settlements.

The Provincial Disaster Management Authority (PDMA) has also written to the deputy commissioners of Kohistan, Battagram, Tor Ghar, Mansehra, Abbottabad, Haripur, Nowshera and Dera Ismail Khan, informing them that on August 18 evening, India opened outlets of the Alchi Dam unannounced, which can also lead to a flood in the Indus River. The administrations have been told to restrict boating and swimming and monitor the catchment areas along the Indus.

According to the Pakistan Commissioner for Indus Waters India also did not notify Pakistan about releasing additional water into River Sutlej, the official said.

Ajmal Wazir in his press conference said that the whole nation backs army’s and political leadership’s decisions regarding Kashmir dispute. He added that calling the UN Security Council’s meeting a single agenda is a success of Pakistani diplomacy.

Commenting on Opposition’s all parties conference, Ajmal Khan Wazir lamented that Pakistan is passing through hard times while opposition is staging their drama. “It is shameful for opposition criticizing independent national institutions” He added.

He warned India that Pakistan has the capability to retaliate any kind of border violation and would not tolerate any military stunt at borders.