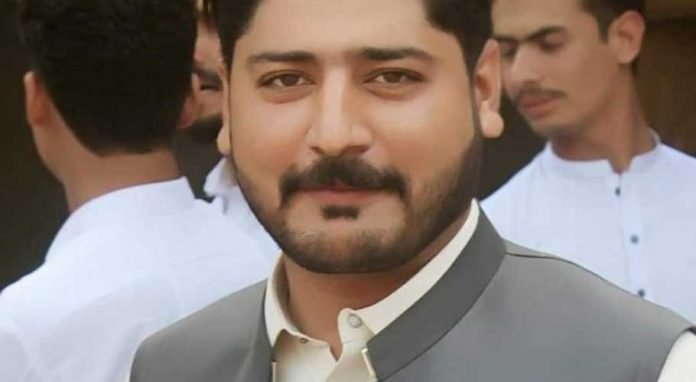 Murder of citizen journalist Muhammad Zada in Sakhakot area of Malakand district earlier this month led to social media outrage. Unidentified attackers on the evening of November 8 gunned down Mr Zada outside his residence.

The killing of social media activist, who in one video could be seen challenging the deputy commissioner Malakand, about his subordinates links to drug mafia led to huge outpouring of grief and anger on social media. A trend #JusticeforMuhammadZada trended on top in Pakistani twitter, the day after his murder.

The outrage was widespread that provincial government a day after the murder transferred the deputy commissioner of Malakand and assistant commissioner Dargai.

Though the Malakand administration has announced arrest of accused behind the activist’s murder; however, his family has still its doubts. The family member alleged that those arrested on charges of murders were not the real murders.

Mr Zada’s brother has accused the levies of being hand in glove with criminals and that they were trying to protect the killers.

TNN has talked to journalists and other experts about what social media activists should do to save themselves.

Lehaz Ali, a journalist and media trainer told TNN that currently most of the activists were either attached with political parties or those engaged in activist in personal or organizational capacity. The later category, according to Mr Ali was in hot waters.

Regarding how social media treats such killings, Mr Ali was of the view that usually those vocals get spotlight. “Activists of all categories are killed but people recognize only those who are more vocal,” he said.

He said that on the day of Mr Zada’s murder, another activist Umer Hayat was also killed; however, little is known about him, as he was not that much vocal.

How Social media activists can protect themselves?

Despite acknowledging growing threats to social media activists, Mr Ali was of view that they can save themselves from harm way by following basic tenets of journalism.

He said that activist should also know the issue and then the threat level of talking on the issue. “There are certain quarters in this country that want to impose limits on voices spreading awareness,” he said.

He opined that there was difference between journalism and activism. “Activists need training on use of language, tone, place and time of what they say,” Mr Ali said.

He said that journalists were also not safe these days though, when to say or to write something. However, in contrast to people on their own, journalists have whole system of support and organizations on their back, he said.

Regarding what leads silencing of such voices, Dr Amir Hamza Bangash, at the journalism faculty at the University of Peshawar said that Pakistan has little space for critical voices.

Dr Bangash said that people and institutions controlling society had little appetite for dissenting voices. He said that journalism teaches ways which social media activists can put to use to save them from harm’s way.

He said that activists should expose people, organizations and institutions without naming them. “Naming organization, person or institution in an aggressive way is actually like attracting a threat towards you,” he said.

He also suggested that social media activists should follow technique of journalism. They should quote and attribute problems to newspaper reports, politicians statements rather than speaking their own thoughts on those matters.