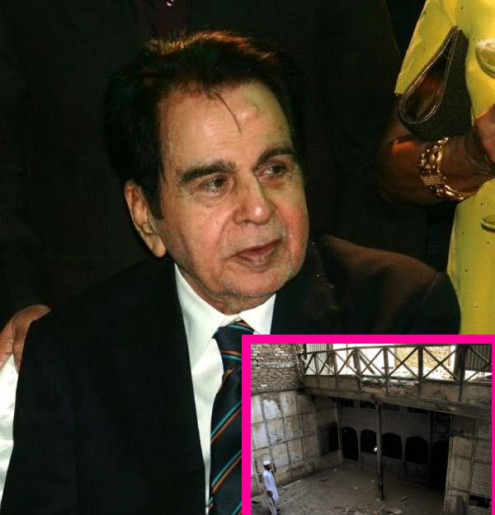 PESHAWAR, July 26: The government of Khyber Pakhtunkhwa has declared the house of known Indian film star Mr Dilip Kumar as national heritage.
In mid-July, the federal government led by Prime Minister Mr Nawaz Sharif had also declared the residence of Dilip Kumar as national heritage.
In a recent notification, the provincial government also banned the sale and demolition of the house.
Director of Khyber Pakhtunkhwa Archeology Department, Dr Samad, says the department of Finance will decide the price of the house as per the market rate and will pay it to the current owner. After owning the building, the provincial government plans to renovate it and set up a museum therein.
Earlier, the provincial government had shown interest to buy the house but the owner raised its price up to 80 million rupees. On the other hand, the Archeology Department says the price of the house is about 11.2 million rupees as per the market rate.
Mr Muhammad Yousaf Khan, known as Mr Dilip Kumar in the Bollywood film industry, was born in this house in 1922. His family relocated to India in 1930s.