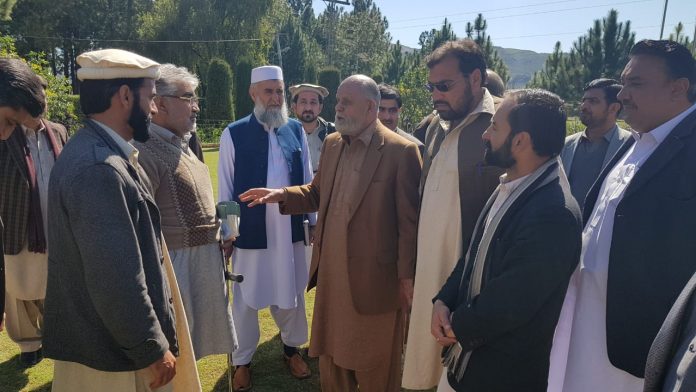 KALAYA: Khyber Pakhtunkhwa Food Minister Qalandar Lodhi on Tuesday conducted a visit to Orakzai tribal district and got a briefing about the issues of his department.

In a meeting with the district administration officials, Qalandar Lodhi said the government is committed to bring the people of the tribal districts on a par with the rest of the country. He said the tribal districts should have been merged with Khyber Pakhtunkhwa much earlier. however, he said now after the merger, efforts should be made to make up for the lost time and ensure speedy development.

Qalandar Lodhi said the offices of the Food Department will be established in all the tribal districts under the merger plan. He said the reservation of the tribesmen on the latest statistics of the population census will also be addressed the issue will be raised at every relevant forum.

As part of the KP government’s merger plan, it has made a schedule of visits by provincial ministers to the tribal districts.