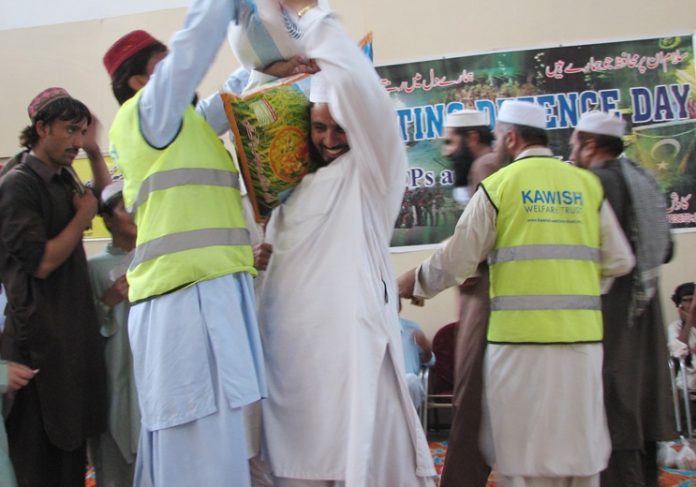 Various events, including tableaus, tug-of-war, national anthems and role plays, were held between the students of schools and children from North Waziristan at the Town Hall on 7 September.

The provincial director of the Kawish Welfare Trust, Mr Attiqur Rehman, told TNN that his organisation would continue supporting the affected families till their repatriation back to their native villages in North Waziristan.

One of the beneficiaries of the relief items told TNN, “The items that we have received today are enough for a month. We also appeal to the government to provide us such kind of assistance, which includes flour, ghee, sugar and other food items. We thank the organisation.”