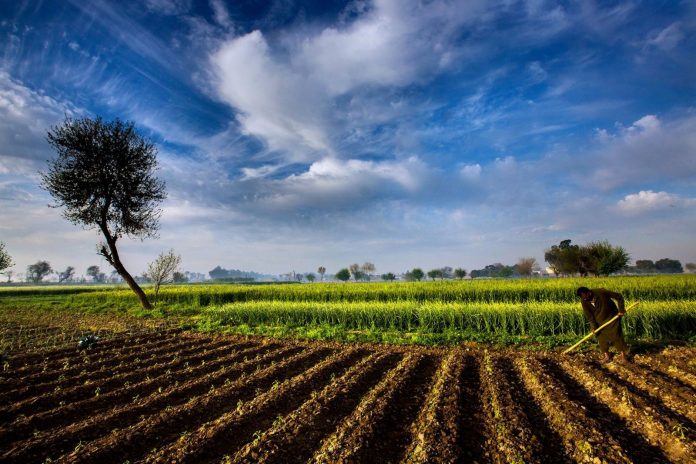 BANGKOK: Human activities – including the expansion of agriculture – are threatening the survival of many species and their ecosystem services, maintained the multi-stakeholders dialogue ‘Regional Consultative Meeting on Biodiversity Mainstreaming across Agricultural Sectors for Asia and the Pacific.’

The Asia-Pacific region has some of the world’s richest concentrations of earth’s biological diversity. It is home to nearly half (17 out of 36) of the world’s biodiversity hotspots but the region’s continued rapid economic development risks further erosion of that rich biological heritage. The expansion of agricultural activities is a major driver, and the Food and Agriculture Organization of the United Nations (FAO) has pledged to ensure that agriculture and food systems will develop in ways that reduce the risks to biodiversity.

“Agriculture and food systems in Asia and the Pacific must conserve and make sustainable use of natural resources to ensure food security and nutrition,” said Kundhavi Kadiresan, FAO Assistant Director-General and Regional Representative for Asia and the Pacific. “Biodiversity is critical for safeguarding region’s food security, underpinning healthy and nutritious diets, improving rural livelihoods, and enhancing the resilience of people and communities,” she explained in remarks to a regional consultative meeting on biodiversity mainstreaming across agricultural sectors.

The State of the World’s Biodiversity for Food and Agriculture report, published in February 2019 by FAO, presented worrying evidence that the biodiversity that acts as a foundation for our food systems is disappearing – putting the future of our food, livelihoods, health and environment under severe threat. For that reason, the agriculture sectors have a clear interest in conserving biodiversity because they rely on it for present and future production.

Asia-Pacific – a world apart in biodiversity

The Asia-Pacific region has undergone the world’s most extensive land-use transformation to agriculture and pastureland since the 1960s. More than half of the world’s remaining mangrove areas are found here – teaming with biodiversity – but increasingly threatened due to pressures of economic and agricultural development. Likewise, freshwater ecosystems in the Asia-Pacific region support more than 28 per cent of aquatic and semi-aquatic species, but nearly 37 per cent of these species are threatened by overfishing, pollution, infrastructure development and invasive alien species.

The population of large wild mammals and birds has declined across the region. Habitat degradation and fragmentation, especially in forests and grasslands is largely to blame. Among the different ecosystem types, forests, alpine ecosystems, inland freshwater and wetlands, coastal systems are the most threatened. Half of the planet’s largest islands are found in this region, as is the most diverse coral reef system in the world, yet this marine-rich biodiversity is extremely vulnerable to human activities.

At this regional consultation, convened by FAO and the Convention on Biological Diversity (CBD), government officials from countries across the region have joined with international agencies, the private sector, NGOs and academia to consider some three-dozen best practices currently underway across the region These include many indigenous people’s agricultural practices passed down through generations.

“This (Asia-Pacific) region is critical as it contains more biodiversity hotspots than any other,” said David Cooper, CBD’s Deputy Executive Secretary. “It hosts more than half the world’s farmers and fisherfolk and some of the world’s fastest-growing economies. It’s no exaggeration to say what happens here will determine the future of life on earth.”

As the lead agency for sustainable food and agriculture systems, FAO is well-positioned to contribute, facilitate, and accelerate the awareness and capacity building for sustainable food and agriculture production. FAO has been supportive of biodiversity-related international conventions and continues to works closely with the Convention on Biological Diversity and other UN agencies to support member countries achieve the SDGs.