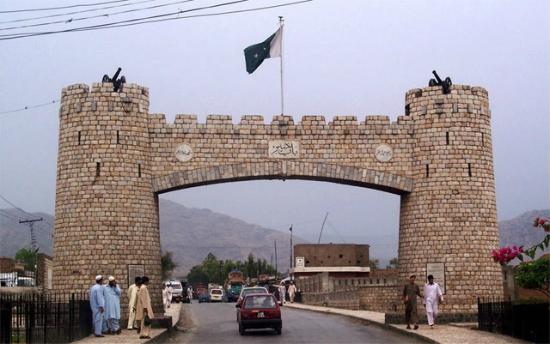 PESHAWAR: After the merger of tribal districts with Khyber Pakhtunkhwa (KP), the provincial government has issued notification to all the deputy commissioners, whose offices are in settled districts, to shift to their respective districts within three months.

The people of the tribal have appreciated the step and said that it will be very easy for them to access the offices and save their precious time and resources. Talking at TNN penal discussion senior lawyer from Kurram said that now tribal people will get all facilities in their own districts.

“No doubt, it would have lot of benefits for the people of tribal districts,” said Rehman, President of Kurram Bar council. He added that before the merger they would visit the DC offices in settled districts where they would not only spend a lot of money but also precious time. He added that now they will be in a position to get justice and access to DCs offices within no time.

Advocate Rehman said that the Kurram bar council members are now searching places of their offices in tribal districts and want to work in tribal areas after the government has taken the initiative to set regular courts in tribal districts. He informed that the Bajaur and Mohmand Bar council have already been shifted to the respective districts where the District and session judges as well as lawyers have started their work to play a role in providing justice.

Mujib Ullah Shinwari, a member of Ahl-e-Sunnat Wal Jamat in Khyber, said that now conditions of tribal districts have much improved and it is essential that the office of DCs are shifted back to their home districts. Mujib Expressed the need that it is very important to shift the offices and courts to tribal districts as the poor people have to come to settled districts passing through a lot of hardships.

Shafiq Shinwari, also a member of ASWJ in Khyber, appreciated the step and said that those people who were against the merger and now supporting the step. Shinwar was of the view that all the tribal people want to adopt the new system but lamented that there is neither any judicial system nor government offices. He added there should be no more delay in its transfer to tribal districts so that people develop trust in the new setup.

Mujib Ullah while replying a question said that in the past, all issues would be resolved through Jirga but now the judiciary will provide them with the justice that is why all the Jirga elders are opposing the new setup and it was these people who were opposing the merger of tribal areas with KP. He alleges that in the past the woman rights were violated under the grab of tribal customs and traditions but now women would have easy access to justice via courts.

Senior lawyer Rehman said that with the establishment of regular courts women and other oppressed segments of society could raise voice for the rights. The senior lawyer, however, maintained that most the issues in tribal belt are being resolved through a Jirga and behind the walls so, he thinks, that it will not be easy for women to lodge cases and very few women would come courts.

In the last, Rahman said that with the transfer of deputy commissioner offices to their respective districts will resolve the long demand of tribal people. They will be in a position to have easy access to domicile and other such facilities at their own areas. “It will save their precious time and the unfair use of power, like in the past, would come to an end,” Gul Rehman Advocate maintained.