Home Features & Interviews For many Afghan refugees, going back is not an option
Facebook
Twitter
WhatsApp
Email 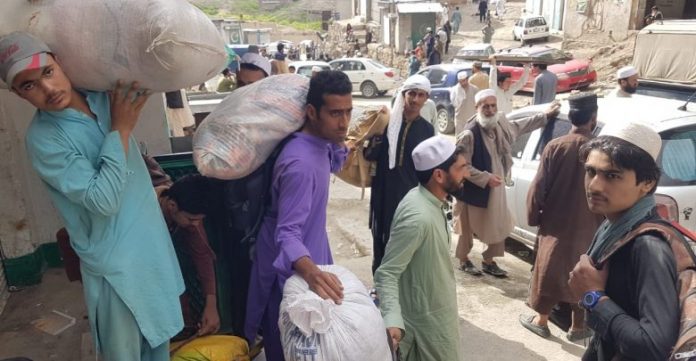 PESHAWAR: The Afghan culture, particularly the cuisine and dresses, has left impact on the local culture in Pakistan, particularly in tribal districts.

Iqra Khan, hailing from former FR Peshawar, said she has arranged an Afghani frock for the marriage of my cousin because she likes it. She said Afghans are also Pakhtuns and many of their cultural practices match with the culture of Pakistani Pakhtuns. She said it is good to see that Afghani frock is now used by women world over. She said she also wears Afghan frock at university functions and receives appreciation from friends and request for a similar dress for them.

Professor Zafar Khan from Sociology Department of the University of Peshawar said Pakistani women like Afghan dresses and men also like Afghani Shalwar Qameez. He said the use of Afghani cuisine like Afghani Polao, Qahwa and Pati Teeki is very common in Pakistan.

Impact of Pakistani culture on Afghans

Afghans are also equally impacted by the Pakistani culture after living here for several decades. Zeenat’s family is in Peshawar for the last 40 years and she was also born in Pakistan. She said she loves Pakistani dresses and her relatives in Afghanistan like Pakistani food whenever they come to Pakistan. She said she cooks Chicken Biryani for her family guests, which is their favourite dish.

Professor Zafar Khan said Afghans after dwelling in Pakistan adopted the local culture, food, dresses and other habits. He said impact of refugees on language in KP is also deep and several Afghani Pashto words are no in common use in KP. Zeenat loves Pakistani culture, but there are many other Afghans who are born in Pakistan and they are not willing to go back to Afghanistan even if peace is fully restored there.

‘My Afghan parents are buried in Pakistan’

Muhammad Saleem, a refugee who lives in Rasheed Garhi area of Peshawar and works in a spare parts shop, said he owns a house in Peshawar and his parents are also buried here and he will never like to go to Afghanistan in any circumstances.

Saleem said he is having a good time in Pakistan and he has developed a lot of friendships. He said nothing is left for him in Afghanistan and he doesn’t want to go there.

Aurangzeb, an Afghan dress designer, said the number of female customers making Afghan dresses has increased over the time. He said Afghan frocks were previously used by Afghan women only, but now the Pakistani women are also taking keen interest in these dresses.

Most Afghans are settled in KP

Professor Zalakat Khan of Economic Department of the University of Peshawar said a large number of refugees put pressure on the already weak economy of Pakistan.

However, he said good impacts were also witnessed in shape of increased business activities and availability of cheap labour.

About the negative impacts, Professor Zalakat Khan said Afghans started different businesses and Pakistanis were pushed out in the competition and many Pakistanis lost their jobs in the process. He said crime ratio also significantly increased after the arrival of Afghan refugees.