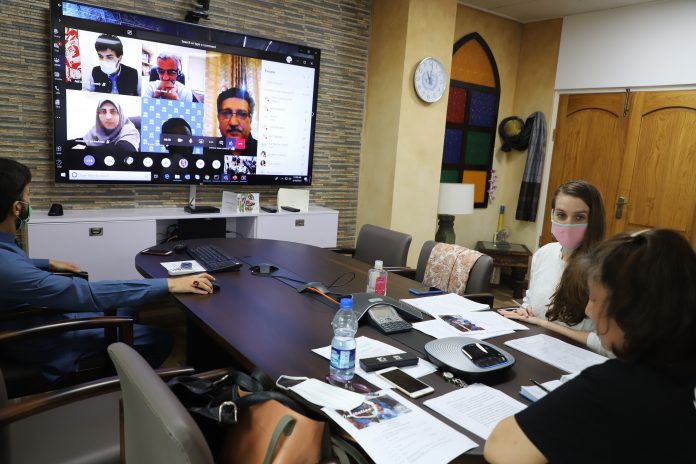 ISLAMABAD: The UN Refugee Agency said on Friday that the year 2019 saw a sharp increase in global displacement, affecting more than 1 per cent of humanity.

Every year, UNHCR releases the Global Trends report around World Refugee Day, which is marked on 20 June as a tribute to the courage and resilience of the millions of people uprooted as a result of ongoing conflicts, war and natural disasters globally.

According to this report, some 79.5 million were displaced by the end of last year. Of them, 45.7 million people fled to other areas of their own country, while 29.6 million were refugees and others forcibly displaced outside their country. Some 4.2 million are also awaiting the outcome of asylum requests. Eleven million people were newly displaced, fleeing wars, violence or persecution.

In Islamabad, UNHCR and the Office of the Chief Commissioner for Afghan Refugees, Ministry of States and Frontier Regions (SAFRON), organized a virtual event to express solidarity with those forced to flee their home and the communities that so generously host them.

Speaking at the occasion, Ms. Yoshida said that these mounting figures are increasingly worrying. “Behind every statistic are people and their personal journeys. Now, 1 in every 97 people in this world are displaced, representing more than 1 per cent of humanity,” she added.

Ms. Yoshida also said that forced displacement has doubled since 2010, as the figures stood at 41 million one decade ago.

“Another fact is that 85 per cent of refugees are in developing countries, despite their own challenges,” she added. She lauded the people and Government of Pakistan for hosting refugees for over four decades. “Pakistan’s hospitality and generosity are exemplary,” she said.

On the occasion, the Chief Commissioner for Afghan Refugees, Mr. Khan, expressed the Government’s resolve to assist Afghan refugees, pending their voluntary repatriation to Afghanistan. “We will not fail in caring for our Afghan brothers and sisters. Equally important will be development initiatives in the parts of Pakistan that are shouldering the burden as hosts,” he said.

He underlined the need for investments to empower Afghan youth, noting that educated and empowered young people will play a positive role in Afghanistan upon their return.

Dr. Habib Gul, an Afghan refugee who has defeated all odds by pursuing higher education, also shed light on his journey. He is a former DAFI scholar and PhD holder in Business Administration.

Pakistan is the third largest refugee-hosting country in the world, after Turkey and Colombia. It hosts 1.4 million registered Afghan refugees.