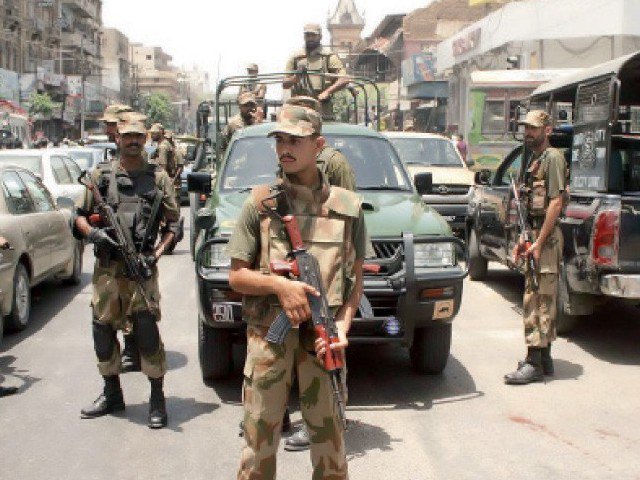 GHALLANAI, 18 March: The security forces have claimed killing six militants during a search operation in Yakkaghund tehsil of Mohmand Agency.

The Frontier Corps (FC) spokesman said the security forces were carrying out a search operation on a secret information in Masal Kor area of Michini on Friday night when militants opened fire on them. Six militants were killed in retaliatory firing of the security forces. Arms were also recovered during the operation.

The security forces have also imposed night-time curfew in Safi tehsil of Mohmand Agency. The curfew remains effective from 8:00pm till 7:00am on daily basis.

The operation in Mohmand Agency was carried out a day after the security forces foiled terrorist attacks on Shabqadar FC centre and a check post in Shalman area of Khyber Agency near the Pak-Afghan border. The ISPR said two soldiers and eight militants were killed in the two incidents. Search operations were also conducted in Shabqadar and Khyber Agency.