SWAT: The ambassadors and defence attachés of 15 countries along with foreign journalists visited the Army Public School (APS) in Swat on Wednesday.

The visiting foreign ambassadors and defence attachés expressed satisfaction over the law and order situation in Swat. They praised the efforts of the Pakistan Army for restoration of academic activities in the area. The visiting dignitaries also met the schoolchildren and staff.

The APS Swat is a state-of-the-art education facility with computer and science labs, auditorium and sports stadium. It was established by Pakistan Army as a gift for resilient people of Swat in recognition of their contributions and sacrifices in defeating terrorism as terrorists had specially targeted educational institutions during the unrest.

The people of Malakand Division, especially Swat, saw very difficult times when militants had taken over the area and the law and order situation was extremely bad. The first operation against militants ended with a peace agreement in February 2009. However, that did not help improve the situation and the sufferings of the people increased manifold. The military then launched a decisive operation in Swat in May 2009 after which most of the militants were either killed or they escaped from the region and peace returned to the area.

Although the operation caused mass exodus, but all the people returned after establishment of peace and now there is complete peace in the region and tourism, education and all other activities have been fully restored.

Earlier in the day, a group of international media journalists, mostly India-based, and ambassadors and defence attachés of various countries in Pakistan visited the impact site of 26 February Indian air violation, near Jabba, Balakot. 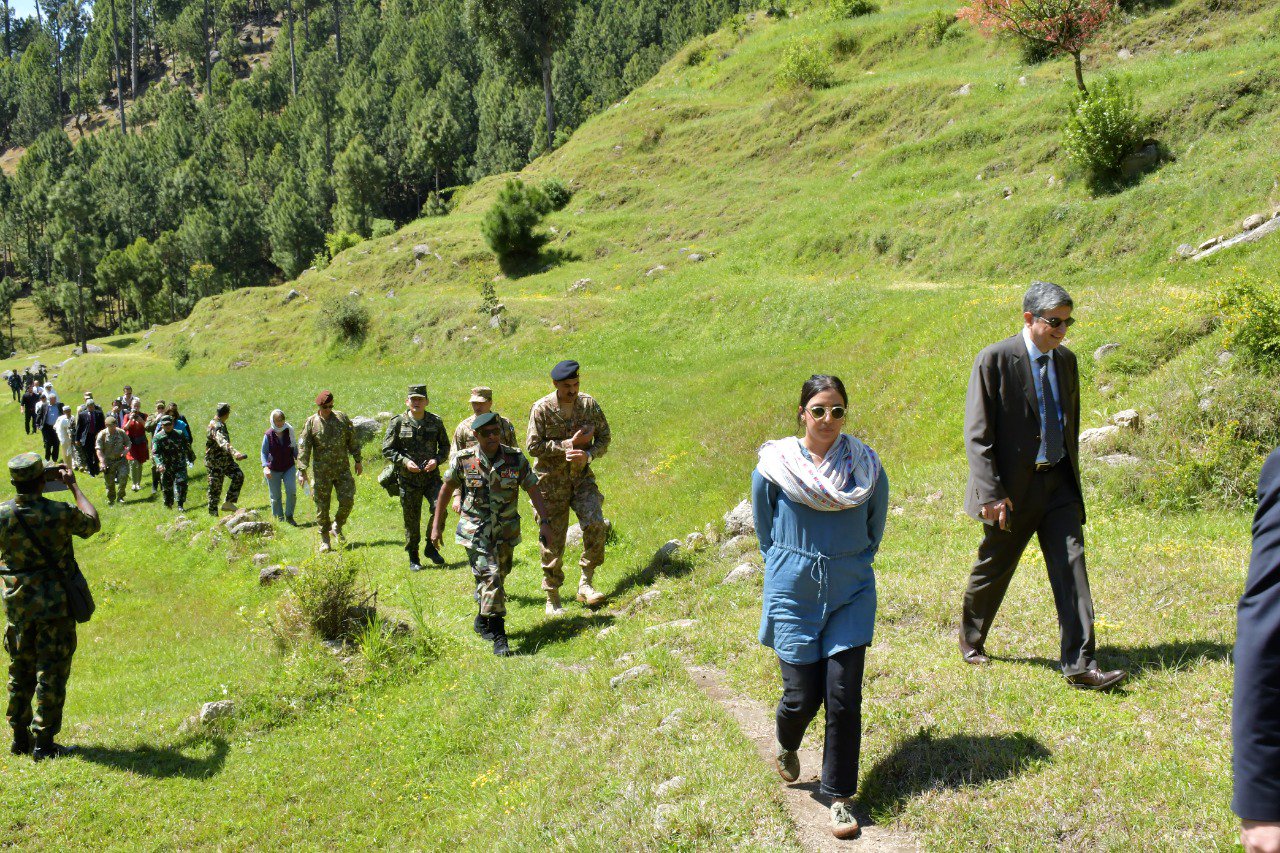 According to the ISPR, the DG ISPR briefed the group about details of the event negating repeated false Indian claims with ground realities. The visitors were shown bomb craters of denied Indian air strike attempt in barren open spaces with no loss to life or infrastructure.

The group also visited nearby madrassa claimed by India for having been struck and killing scores of terrorists. The visitors freely interacted with student children and teachers and saw for themselves that madrassa stood on ground untouched with only innocent local children undergoing education.

The DG ISPR reiterated that India instead of pursuing false claims should accept the reality, stay a responsible state for peace in the region and especially to look inward to identify reasons for out of hand situation inside Indian Occupied Jammu and Kashmir.