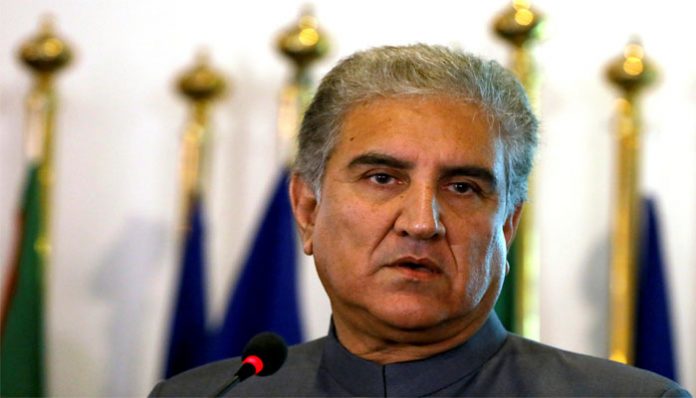 The foreign minister asked Fazal to exercise the right to protest another day. Qureshi shared videos with various Tv channels and on social network sites in which he asked Maulana Fazlur Rehman to review his decision.

The Foreign Minister said that that two days ago a meeting was held in Kashmir cell in which key leaders including Prime Minister Azad Kashmir were present and it was unanimously decided to request Prime Minister would Imran Khan to observe Black Day on October 27.

Shah Mehmood Qureshi said that Maulana Fazl-ur-Rehman has been the chairman of the Kashmir Committee, and he can understand the situation very well. “Protests are their democratic right and they are free in decisions, but I urge them to review the October 27 day as not suitable for protest,” said Qureshi.

The Foreign Minister said that this Oct 27 is attributed to Kashmir and Kashmir cause, if anything else can be attributed to it, it will strengthen India’s narrative and it will be like playing in the hands of anti-Pakistan forces.

Talking about protests in IHK, He said that 107 journalists along with the president of the Press Club of Srinagar have strongly protested against curfew and sanctions and these protests are taking place not in Pakistan or New York but in Srinagar. The protest was also held the next day after Prime Minister Imran Khan’s address. The foreign minister said that the news was being suppressed due to the blackout in Indian Held Kashmir but when the news came out, India’s face would be exposed to the world.

Qureshi said that Fazal as a national political and religious leader would understand the issue and would decide another day for his protest.