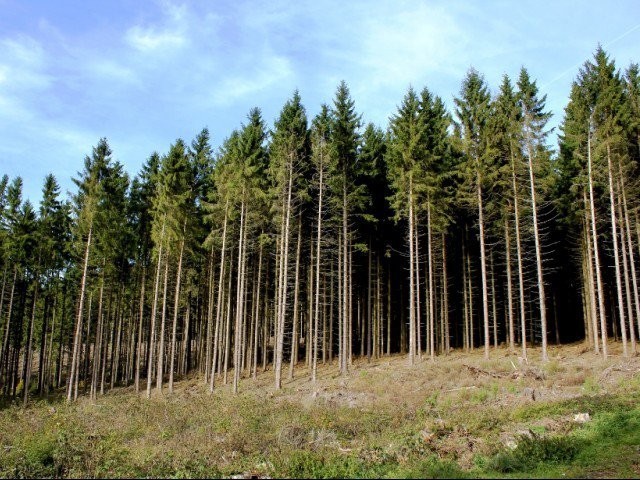 PESHAWAR: Commissioner Malakand Division, Syed Zahir-ul-Islam directed the forest officials to accelerate work on tree plantation campaign in Malakand division. He was chairing a meeting at his office in Saidu Sharif.

Commissioner Malakand on the occasion announced to plant ten hundred thousand cedar plants through Forest Department in Swat. He emphasized for inculcating the sense of possession among the local people to protect the forest. He directed that the Ulema and civil society should be taken into confidence in the plantation campaign, and awareness campaign must also be conducted.

During the meeting, the coming tree plantation campaign and safe cutting of aged dead Chinar trees in premises of Commissioner Secretariat were also discussed. The forest department officials told the meeting that out of the total 62 Chinar trees, 26 have completed their age limit and hence being replaced with 28 new plants of Chinar and Cedar.

The officials said that dead trees can collapse and cause damage to life and property. They said that the forestry department cut and auction such trees on annual basis in all the districts that are over age, diseased or become a security risk and may cause damage to human lives.

Syed Zahir-ul-Islam said that he is very much opposed to the cutting of trees. However, if a tree is that dead and can cause damage to life any time, then there should be a scientific method for cutting it, adding that the forest department will ensure that such trees will be replaced by new plants.

Conservator Forest said that trees seed sowing on 800 hectares and tree plantation on 400 hectares of land in Kabbal, Malam Jabba and Matta have been planned in the Swat Circle, while more than two lakh cedar plants would be brought from Dir Upper and Lower to plant it in Swat in the mountainous areas.

Similarly Marghazar is being declared National Natural Heritage by the World Bank where forestry and wildlife protection activities would take place that would cost billions of rupees.

The RPO Malakand Saeed Khan Wazir announced full cooperation of Police in the plantation campaign. They said that the locals will be provided two samplings for each house courtyards.