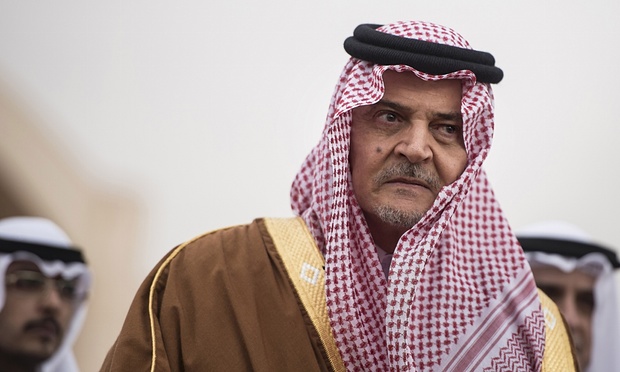 Saud Muhammad al-Abdullah, nephew of the deceased prince, said in a statement that he died after protracted illness on Thursday. He served as Saudi foreign minister for 40 years. He was the world’s longest-serving foreign minister.

Mr Saud was the son of Saudi Arabia’s third king, Faisal. He was father of six children.

President Mamnoon Hussain and Prime Minister Nawaz Sharif have expressed profound grief over the death of the Saudi prince.