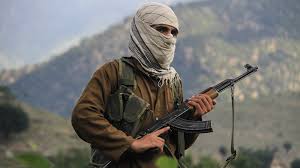 The former militant commander originally hailed from Boya Muhammadkhel area of North Waziristan. He was shot dead in Bannu Township area. Sources said Qari Saifullah was formerly an important commander of the Taliban.

No one claimed responsibility for the killing till filing of this report.

Meanwhile, dead boy of an unidentified woman was found on service road of Motorway in Misri Banda area of Nowshera on Saturday.

Police said some citizens informed them that a body was lying on the roadside after which they reached the spot. The body bore torture and bullet marks. The body was taken to District Headquarters Hospital for autopsy. Police said further investigation will be carried out in the case after arrival of autopsy report.