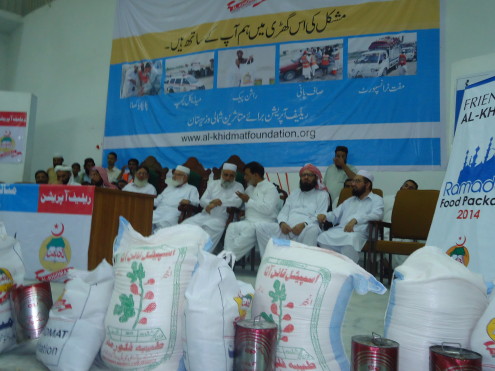 The Al-Khidmat Foundation President, Mr Azizur Rehman, says they will continue their support to the IDPs of North Waziristan.

“We provided assistance to 30,000 displaced families. We have provided food items worth 50 million rupees to the IDPs so far,” he said.

The food items provided to IDPs include pulses, rice, black tea, sugar and ghee, in addition to medical assistance, he added.

However, several IDPs, who had not received relief goods, blamed that the aid was being provided on basis of affiliation with the party. Al-Khidmat Foundation is a social welfare wing of the Jamaat-e-Islami.