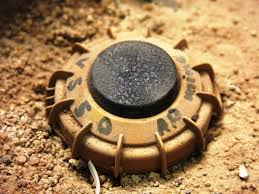 MIRANSHAH, 4 December: Four children were injured in a blast in Tapi area of Miranshah in North Waziristan Agency on Saturday.

The local sources said the children had ignited fire to warm them in the evening when a mortar shell buried under the ground exploded. The injured children were aged between six to 10 years. They were taken to Agency Headquarters Hospital for treatment.

The hospital sources said the condition of all the children was out of danger.