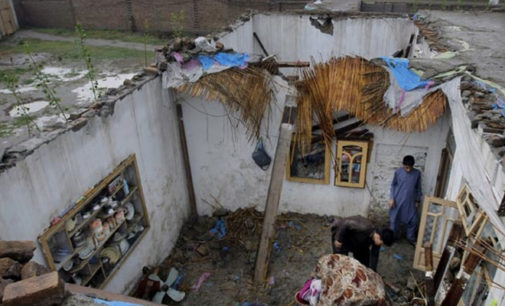 SADDA: Four children of a family lost their lives when roof of their house collapsed in Central Kurram tribal district on Thursday.

Local sources said the roof of Habibur Rehman’s house collapsed in the morning due to which four children of the family died and three other persons, including two children, sustained injuries. The dead include sons and grandsons of Habibur Rehman, while the injured include his sister-in-law and her two children.

The local people retrieved the bodies and the injured from the rubble and shifted the injured to Sadda Headquarters Hospital. The condition of the injured was stated to be out of danger.

The reason behind the roof collapse could not be ascertained till filing of this report.