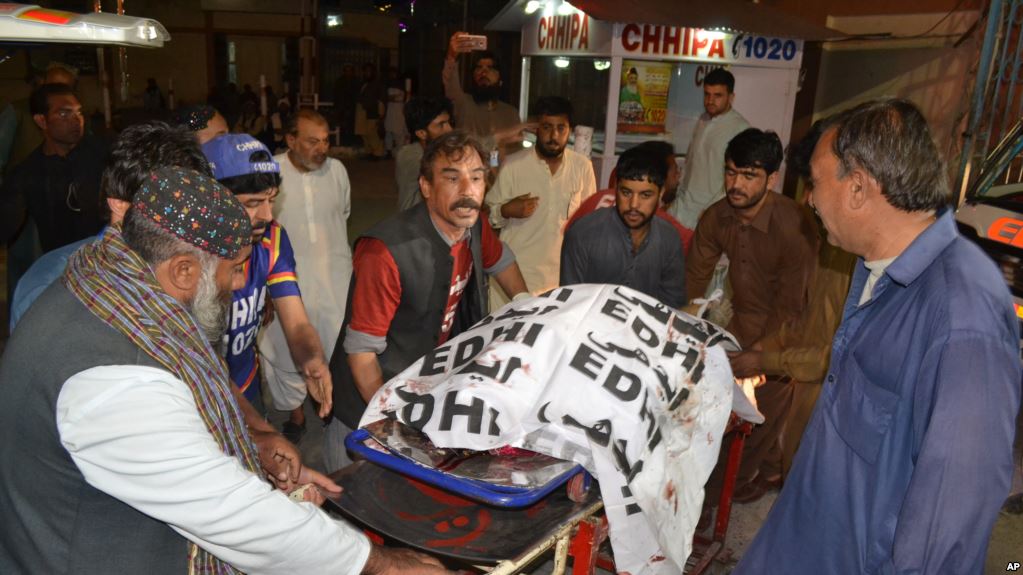 QUETTA: Nine people, including four members of a Christian family, were killed in two separate incidents in Quetta on Monday.

Police said five members of a Christian family were travelling in a rickshaw when unknown armed men on two motorcycles opened fire on them from two sides. Four on them, including a woman, died on the spot, while a 12-year-old girl sustained injuries. The bodies were shifted to Civil Hospital Bolan Medical Complex (BMC). The deceased were identified as Imran Masih, Tariq Masih, Pervez Masih and Firdus Bibi, while the injured girl was identified as Sehar Pervez.

Militant group Daesh claimed responsibility for the attack on the Christian family.

Earlier in the day, five people, including a Levies man, were killed and five others were wounded when two rival groups clashed in Qambrani area.

Sources said he clash was the outcome of an old enmity between the two groups. The deceased were identified as Takri Ghulam Rasool and his son Abdul Hameed, Bashir Ahmed, Amanullah Levies official Naveed Ahmed.

The security forces cordoned off the area after the clash and arrested several armed men from both groups.