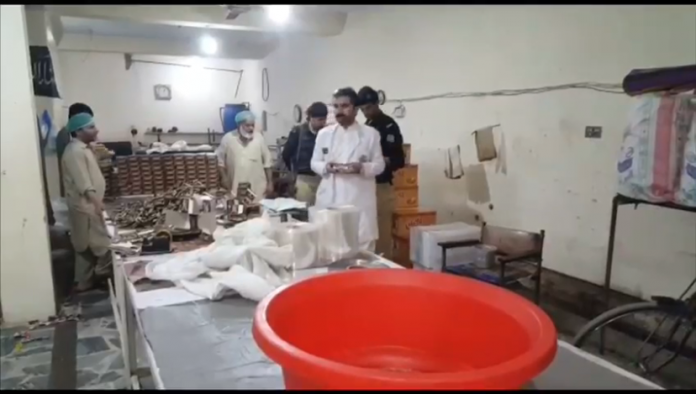 PESHAWAR: The Khyber Pakhtunkhwa Food Authority has initiated crackdown against the factories and food outlets producing and selling sub-standard food.

Director General KP Food Authority Riaz Mehsud said the teams of the Authority are prepared for raids at any time on food outlets during the holy month of Ramazan. He said special teams have been formed to take action against substandard food sellers and factories. He said these teams remain prepared for raids round the clock.

The DG said no compromise would be made on quality of food during Ramazan. He said he will personally accompany the raiding teams where needed. He said emergency response units have been set up in all the offices of the KP Food Authority for Ramazan. He was confident that the situation will be much better during this Ramazan as compared to the previous Ramazan. He warned the food sellers of strict action if they were found involved in adulteration.

The raids by the Food Authority came a day after the government established a control room in Peshawar to ensure the provision of edibles to consumers on approved prices during Ramazan.

Deputy Commissioner Peshawar Muhammad Ali Asghar said while talking to media that the control room has been established to facilitate consumers during Ramazan and prevent the artificial increase in the prices of essential commodities.

Sasta Bazaars have also been set up in different parts of the province to ensure provision of food items to the consumers on subsidised rates during Ramazan. These bazaars will remain operational during the entire holy month.