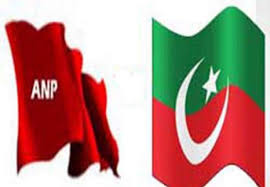 SWABI: Four people were injured in a clash between the Pakistan Tehreek-e-Insaf (PTI) and the Awami National Party (ANP) workers in Sodher area of Swabi on Thursday.

According to police, the PTI and ANP activists clashed over a flag hoisting issue in Sodher area. As a result, four activists from both the parties sustained injuries. Details were not available about the identity of the injured activists.

The injured activists were taken to the District Headquarters Hospital Swabi wherefrom they were shifted to the Mardan Medical Complex due to their serious injuries. Police have registered separate cases and started an investigation into the incident.

Several clashes have been reported from different parts of the country among supporters of rival candidates in different parts of the country ahead of the upcoming general elections scheduled to be held on 25 July. The Election Commission of Pakistan has also sent notices to some political leaders over using abusive language against political opponents during electioneering.