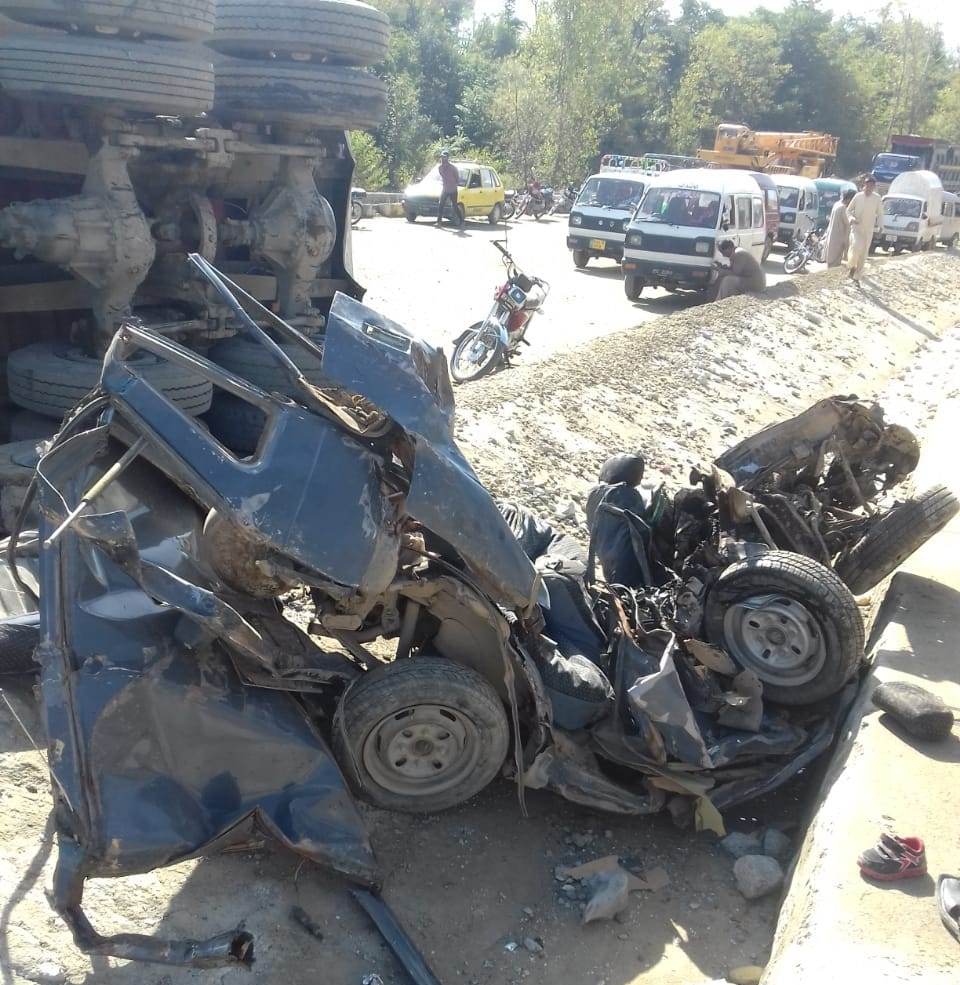 MANSEHRA: Four persons of a family lost their lives in a traffic accident in Mongan area of Mansehra on Friday.

Local sources said a dumper went out of driver’s control in Mongan area and dashed into a taxi car. Two people were killed on the spot, while two others were critically injured. The bodies and the injured were shifted to hospital by local volunteers where both the injured succumbed to their injuries.

The deceased were identified as Babu Khan, his sons Faizan and Rizwan and grandson Ahmed Khan.

Meanwhile, three children of a family were killed when a wall fell on them in Mahra area of Purwa tehsil in Dera Ismail Khan.

The deceased children were identified as eight-year-old Kashif, his four-year-old sister Muskan and six-year-old cousin Faizan.