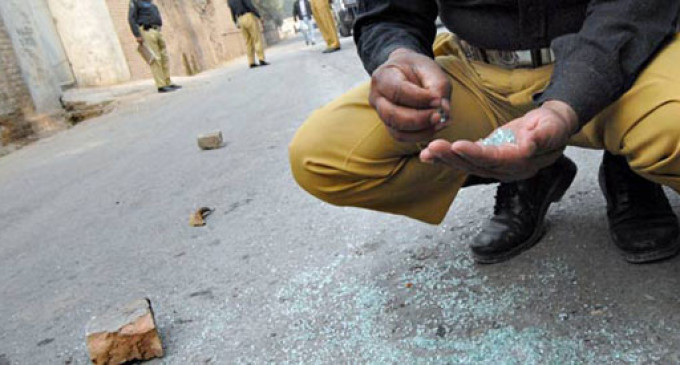 SWAT, 20 July: Four policemen and a passer-by have been injured in firing by unknown miscreants in Swat.

Police said a mobile van was on routine patrol in Kalakoot area on Tuesday night when unknown militants ambushed them. The injured policemen and the passer-by were immediately taken to hospital. The condition of all the injured was stated to be out of danger.

A member of the pro-government peace committee, Sultan also escaped attempt on life in Malam Jabba area on Tuesday.

Meanwhile, police claimed arresting a militant from Bara Bandai area of Swat. It said the arrested militant was involved in the killing of policemen and peace committee members. The militant was arrested from Kotkai area and a bomb and weapons were also recovered from his possession.