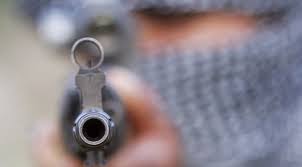 TANK, 12 May: Four security personnel were killed near Sheikh Otar area of the Tank district today.

The slain security men—two from Frontier Corps and as many from Pakistan Army—were deployed on Gomal Zam Dam road to provide security to the officials of Frontier Works Organization (FWO) when armed men on motorbike launched an armed attack on them.

Security has been put on high alert after the incident and efforts were started to arrest the culprits behind the terror incident.