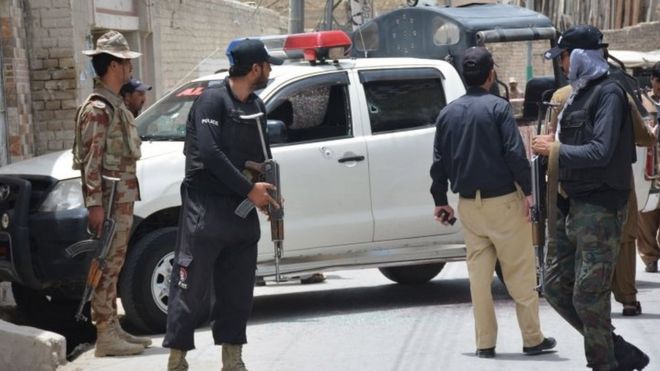 QUETTA: Four soldiers were martyred in an attack on a vehicle of the security forces in Quetta on Wednesday.

Police said the security forces were on routine patrol in Lango Abad area in the morning when unknown militants opened fire at their vehicle. Four security personnel were martyred in the attack. The bodies were taken to hospital by rescue personnel.

Police cordoned off the entire area after the incident and launched a search operation.