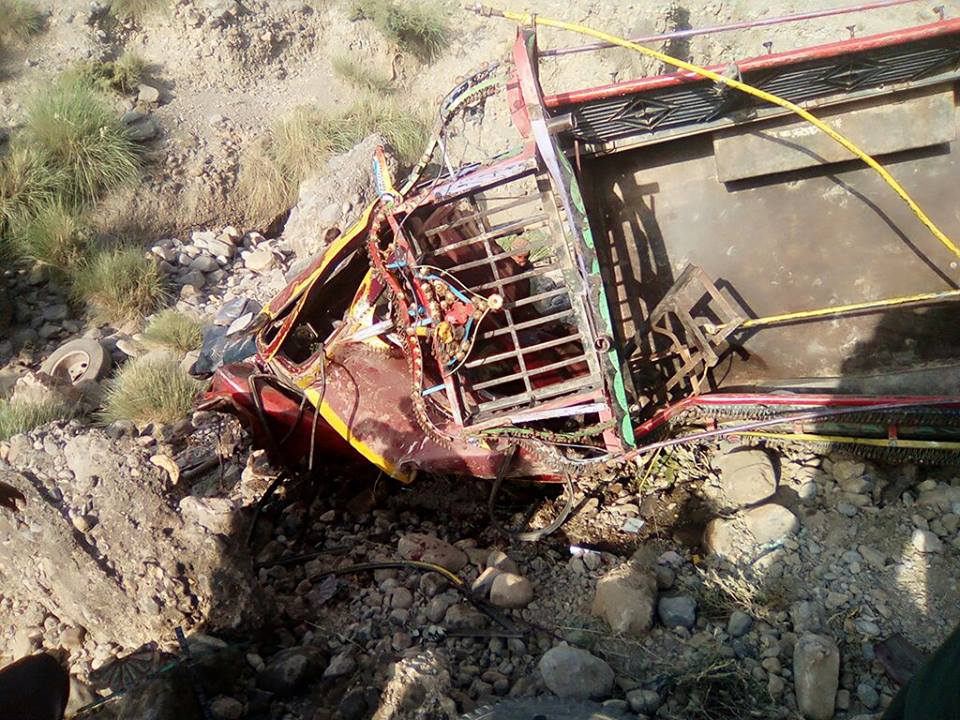 KALAM: At least four tourists died whereas two others were injured when a vehicle plunged into a deep gorge in Swat here on Sunday.

The Kalam police said that tourists were on way Mahodhand lake from Kalam in a jeep when its driver lost control over the steering and fallen into a ravine.

As a result, four tourists have died while two others were injured who were shifted to Kalam Civil Hospital.

The police said that the tourists were hailing from Lahore who are identified as Rehan, Umair Ashraf, Atif and Umer Niaz while injured namely Asnan and driver Umair.

Adnan is said to be in critical condition who has been shifted to Saidu Sharif Hospital.